Facebook and Australia Conflict: What It Means For Advertisers Around The World

The desire for more legislation regulating the digital space is accelerating. In the last few years, we’ve seen the GDPR take place in Europe, the anti-spam law in Canada, the CCPA in California and governments around the world are evaluating their options and putting forward new bills.

Australia made a move recently when the country asked Google and Facebook to pay fees to Australian publishers for news links. On the one hand, news publications wants to be compensated for the news stories that show up on online platforms. On the other hand, Google and Facebook explained that the traffic sent from their platforms to News websites is already highly valuable.

Finally, Facebook and the Australian government struck a deal on February 23rd. Facebook agreed on amendments to proposed legislation and will lift its ban on Australian sharing news.

What’s the impact on digital marketing?

According to Statista, 22% of American Facebook users’ main reason to go on Facebook is to get news. So, Facebook’s drastic decision to block news sharing on social media might have irritated some users and led to a decreased use of the social media platform. And, when fewer people use the platform, it impacts a campaign’s reach.

Events like this reinforce the importance of diversifying your marketing touchpoints. Introducing various marketing channels in your digital strategy is incredibly beneficial: it adds flexibility, reduces the risk of being dependent on one platform and increases reach.

On a higher level, the Australian government’s initiatives to force Facebook and Google to pay News publications for content posted on their platform paves the way for regulating tech giants around the world. These events are a testament to governments’ desire to take concrete actions on the matter and other countries will follow their lead.

In the upcoming months, we are bound to see similar events unfold around the world. And, it’s impossible to say what the impacts of these new changes will be as countries might respond differently.

Ultimately, new regulations will impact how users use platforms like Instagram, Google and Facebook, which, in return, will change how brands advertise online. Therefore, advertisers should be on the lookout for possible disruptions in the digital marketing world and make sure they have the tools and resources to quickly shift their strategy.

We are already seeing significant changes when it comes to data privacy, catch up with the latest news here.

Follow us on social media to keep up with the recent digital marketing updates: 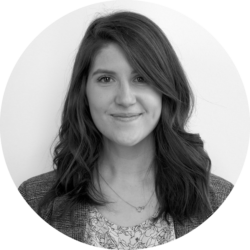